Photo by Photo by Semmei 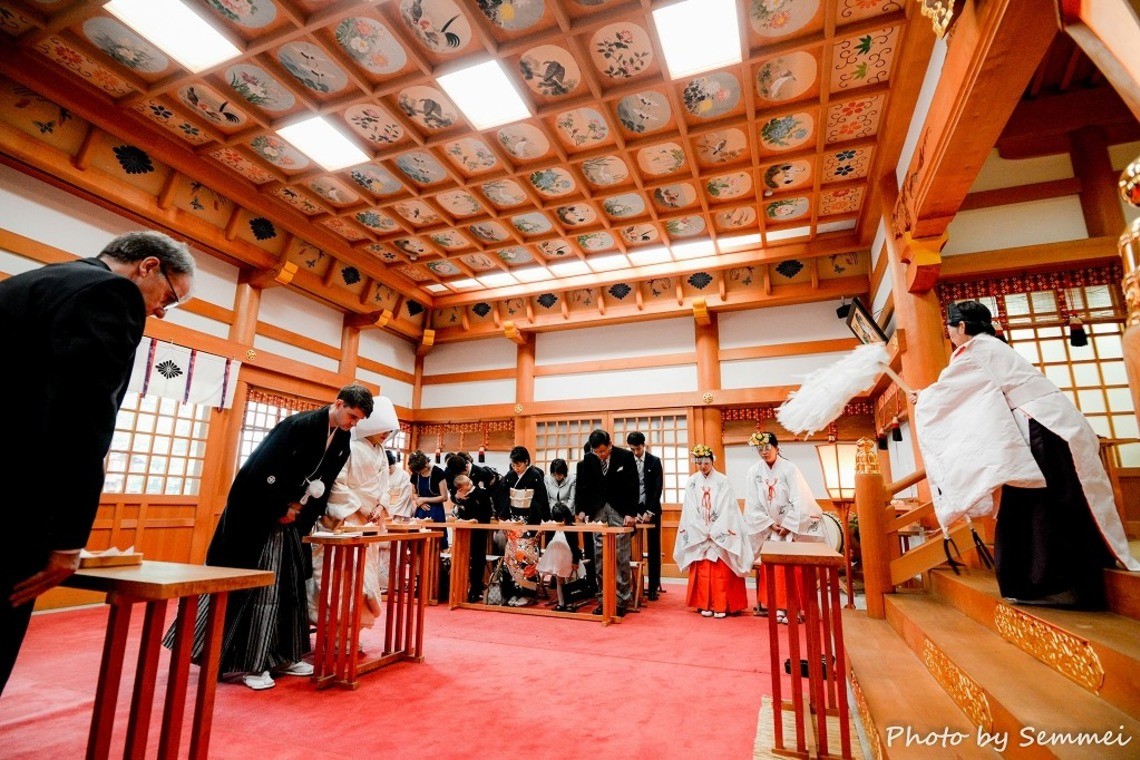 What is a Shinto wedding? This type of wedding is based on the Shinto religion, which dates back to the 8th century. The bride and groom wear beautiful traditional garments called Kimono, and declare their love by performing a ceremony in front of the Shinto gods at the alter. In turn, the gods blesses the couple's union.

Although the religion itself dates back many centuries ago, the Shinto wedding is actually a recent phenomenon. Marriages before the 20th century were modest affairs, and took place in one's own home. But in 1900, Emperor Taisho had a high-profile wedding ceremony, which popularized the Shinto wedding. This wedding style mirrored the western world at the time, which valued sharing your special once-in-a-lifetime moment in a large venue. It was considered the Japanese version of the western wedding. 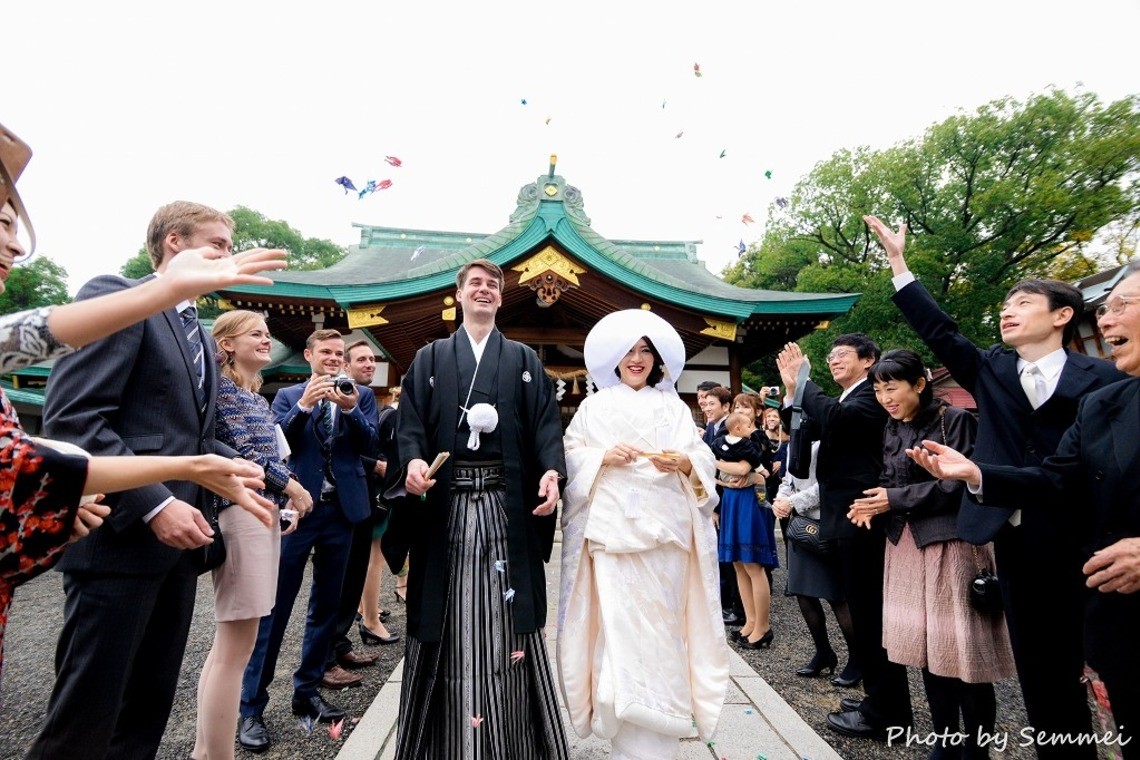 Modern Shinto wedding ceremonies have only been around for a little more than a century, but they still come with their own ceremonious rites that you must follow.

First, let's talk about the dress. As you’d expect, you’ll wear a traditional wedding dress called a kimono. The bride wears a white kimono, with a head dress covered in many ornaments that symbolize good luck for the bride and groom. The groom will wear a black kimono, usually with the family's crest on the chest. We have several articles regarding bridal kimonos, which I've linked below!

Click below to find out more about Japanese Kimono

For the ceremony itself, it takes place at a Shinto shrine, in front of Shinto gods. You'll have close family and friends at the side, with the bride and groom standing front and center. The most important part of the ceremony consists of drinking sake— 3 cups, each poured 3 times, swallowed in 3 sips. The bride and groom take turns per each poured cup, before ending the ceremony with an offering of Japanese evergreen to the gods. The symbolism behind the sake is unclear. Some say it's for fertility. Others say it's to symbolize your "birth after birth". Others say it's for sharing joys and sorrows as a married couple. 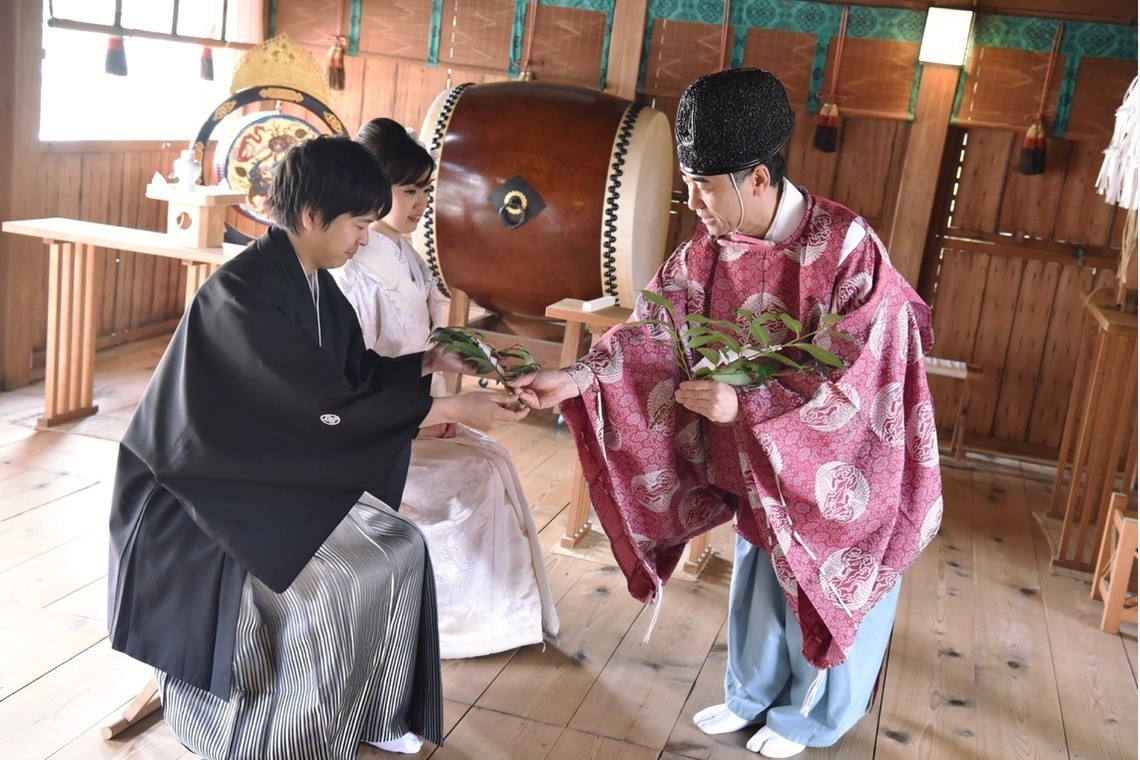 After the Shinto wedding is over, couples will often hold a reception that is open to a larger crowd of family and friends.

Nowadays, Shinto weddings are losing popularity, and most younger Japanese couples choose to have western wedding ceremonies (i.e. wedding gown and Christian chapel). This kind of wedding gained traction as many high-profile weddings + the Tokyo Olympics in 1964 pushed the country towards globalization. With increasing westernization, the wedding industry shifted from that of modest family celebrations, to extravagant, luxurious ceremonies. 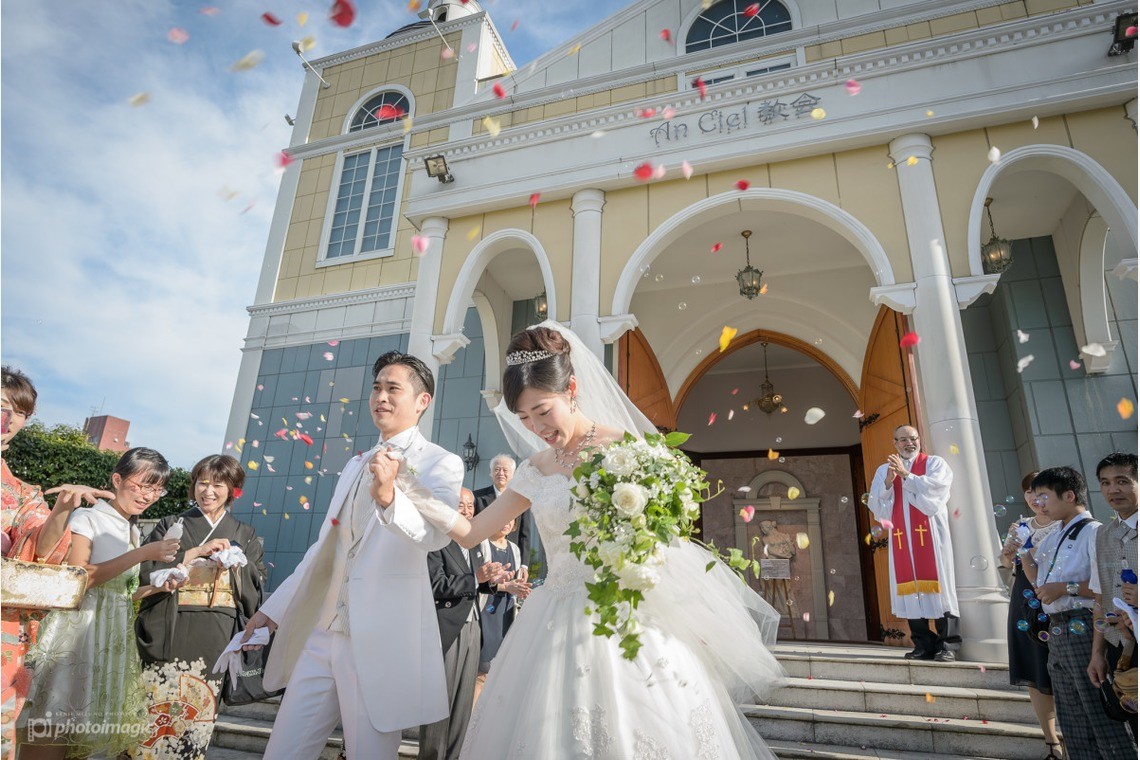 Only 1% of Japan’s population is Christian, but you’ll find many chapels and churches in Japan. Many of these were built solely for wedding ceremonies and wedding photos. This is the dream for many young brides: a brilliant, white wedding dress in a beautiful chapel.

Planning a Destination Wedding in Japan?
Make a photographer reservation at Famarry.